What To Know About Solar Batteries

You are here:
Kw Blogs 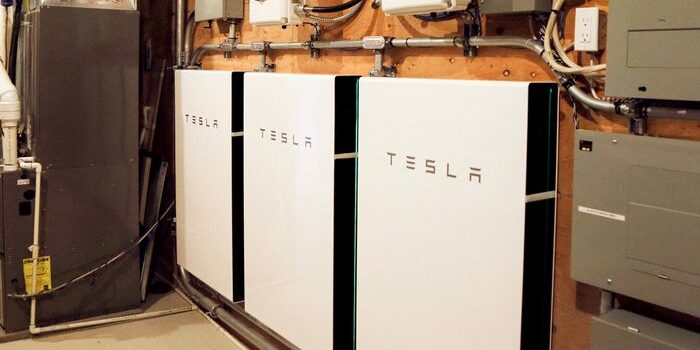 Solar battery technology has advanced in leaps and bounds in recent years. Here’s what makes a battery a solar battery.

Tesla’s Powerwall, which the company began marketing widely in 2015, was the first significant application of lithium-ion technology to solar energy storage. Since then, several competitors have entered the market with products that are just as good or better.

This is good news for solar households. Battery technology is just as important as the panels themselves, which are becoming increasingly affordable and more efficient.

I moved onto my solar property in 2008. At that time, the battery bank consisted of 16 lead-acid monsters, each weighing 50 pounds or more and needing water every three months or so. Without that water, the batteries would dry up and die like plants, and a few did.

The inverter that converted the DC battery power to 120-volt AC power for the lights and appliances was a 200-pound behemoth. It practically broke my back when I hauled it all the way to Oregon for service after a lightning strike knocked it out.

Today’s solar batteries are not only lighter and longer-lasting, but many feature built-in inverters and charge controllers. That makes them smaller and easier to install. They’re also more efficient. Smart batteries can regulate themselves, remaining in charging mode while the sun is out and switching to discharge at night. This ensures an uninterrupted flow of electricity.

What Are Solar Batteries?

As everyone knows, a battery is a device that stores electrical energy. These days, they’re almost everywhere. These features distinguish solar batteries from the rest:

If you categorize solar batteries by chemistry, there are three main types: lithium-ion, flow and lead-acid.

Lithium-ion batteries are the most common because they’re light and clean with lots of energy storage. There are two types: lithium nickel manganese cobalt oxide (NMC) and lithium iron phosphate (LFP). NMC batteries tend to be more powerful so they can be smaller, while LFP batteries last longer.

Flow batteries are generally industrial-sized and not currently an option for homeowners. Lead-acid batteries are reliable but, as mentioned above, more cumbersome and require more maintenance than lithium-ion.

Besides chemistry, there are four other ways to compare solar batteries:

An off-grid solar property needs battery storage, but not necessarily a grid-tied one. A grid-tied solar generating system may feed electricity directly to the power company, and even when it doesn’t, the grid can function as a backup.

Nonetheless, grid-tied houses can benefit from batteries, although there are some drawbacks.

Best Methods for Sawdust Collection in a Workshop
October 28, 2022

Never Install Your Carbon Monoxide Detector Like This
October 21, 2022